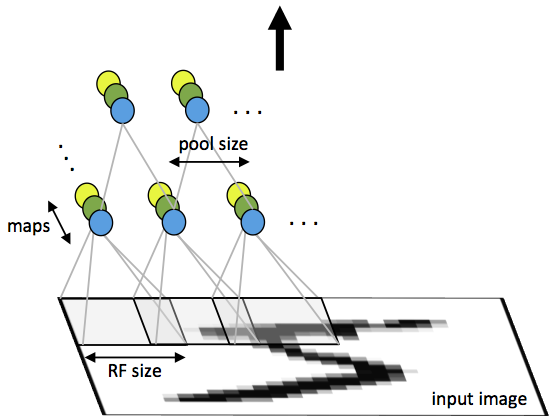 The number of available open source libraries making Deep learning easier to use is spreading fast as hype continuous to build. However, without understanding the background principles, it just feels like poking around a black box.

In this post (or several, most likely) will try to give an introduction to Convolution Neural Networks (CNNs). Note that, for the sake of brevity, I assume that you already know the basics about Neural Networks. If not, I would suggest you go through the following introduction.

Disclaimer: this post uses images and formulas from distinct sources. I would suggest to have a look over the complete list of sources at the end of the post, as usual.

In 1958 and 1959 David H. Hubel and Torsten Wiesel performed a series of experiments, whereby they concluded that many neurons in the visual cortex focus on a limited region in the vision field.

This insight provided the notion of a local receptive field – a narrow sub-region of what is available in the whole visual field which serves as input – thus giving rise for a different architecture than the previously fully connected neural network architecture.

The first thing to realize is that Convolution networks are simply the application of “mini-neural networks” to segments of input space. In the case of images, that results in that neurons in the first convolutional layer are not connected to every single pixel in their Receiptive Field (RF).  The following image (source) shows an illustration of how a a a convolution layer is built using an image from the famous MNIST dataset – whereby the goal consists in identifyying the digits from handwritten numbers pictures. 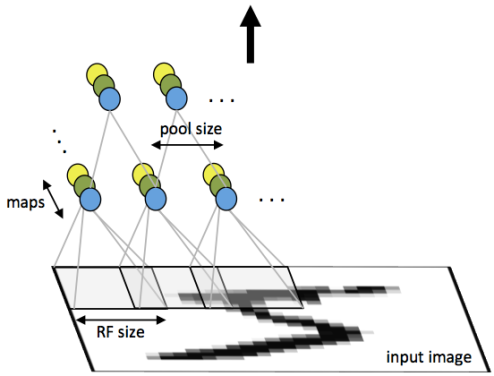 END_OF_DOCUMENT_TOKEN_TO_BE_REPLACED

This post attempts to follow the relatively recent new Spark release – Spark 2.0 – and understand the differences regarding Streaming applications. Why is streaming in particular?, you may ask. Well, Streaming is the ideal scenario most companies would like to use, and the competition landscape is definitely heating up, specially with Apache Flink and Google’s Apache Beam.

Why is streaming so difficult

There are three main problems when it comes to building real time applications based on streaming data:

See this post for an excellent detailed explanation. END_OF_DOCUMENT_TOKEN_TO_BE_REPLACED